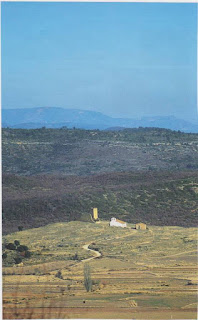 WHAT DOES 'SIBERIA' HAVE IN COMMON WITH

I am certain that nobody has said, ‘Weather’ or even 'Size'. The immense Siberia region of Russia covers an area of over 13 million square kilometres leaving the Maestrazgo with a mere 1.300 square kilometres.

​    No, the answer is the following. The Maestrazgo has just 0.2 inhabitants more per square kilometre than Siberia. And by t​he way things are going in a very short time the Maestrazgo will be less populated than Siberia!

How is this possible? Well according to Spain's National Institute of Statistics, a 2016 census revealed that at least 5.000 towns and villages will probably be without inhabitants by the year 2030. This signifies that an average of 5 persons per hour are moving to larger towns and cities, leaving behind the elderly

The town halls of these depopulating towns and villages are struggling to take care of their infrastructures as less inhabitants means less money available. This, in someways, is positive for the visitor as there is now a change from the centuries old dedication to agriculture and non viable activities that are disappearing and a new era of tourism is appearing. So what we have in the Maestrazgo for the tourist who wishes to see the 'Real Spain' the opportunity is still available.

This is the Spain that favours outdoor activities. For walkers, ramblers or mountain bikers there are over eighty different routes available, varying from a few hours to days. Other activities include rock climbing, kayaking, fishing, caving, or just relaxing and absorbing the atmosphere of what few people know, the 'Real Spain'. At this moment it is almost devoid of traffic, thank goodness. As for accommodation and food it is like returning to what we knew many years ago, generous helpings of country fare, where nothing is too much trouble for the guest. Fresh eggs, bacon, lamb, pork and beef, all of which have a distinctive flavour as the animals have fed on natural grazing land rich with thyme, rosemary and sage. It is all here just waiting to be discovered. 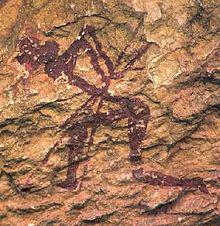 
The earliest signs of human habitation date back to the Pleistocene era, 25,000 years ago. Cave paintings have been discovered in many locations and they have been designated by UNESCO as part of the Rock Art of the Mediterranean Basin on the Iberian Peninsula World Heritage Site.[1]
Occupation by the Ilercavones, a tribe of Iberians, Romans and the Moors followed, but the identity of the region was first established following the Reconquista when the area was dominated by military orders. Local stories persist that a group of Cathars, led by the perfectus Guillaume Bélibaste escaped from Carcassonne and took refuge in the Maestrazgo, living with a small community near Morella for about ten years, before being betrayed by a spy in the service of the Inquisition. Bélibaste was taken to Carcassonne and burnt at the stake there.
The name Maestrazgo is derived from the word maestre (English meaning - master) as these territories were historically under the jurisdiction of the Grand Masters of the military orders of the Knights Templar, St John of Malta and Montesa.
In 1838, during the Carlist Wars, the military district of la Comandancia General del Maestrazgo was created by Ramón Cabrera. During the Spanish Civil War the area was intensively fought over, especially after the fall of Teruel. Republican guerillas of the Agrupación guerrillera de Levante y Aragón held out in the mountains of the Maestrazgo until the 1950s.

The mountains in the Maestrazgo, like the Serra de la Creu, Serra d'En Segures, Talaies d'Alcalà, Serra de la Vall d'Àngel, Serra d'en Galceran, Serra d'Esparreguera, Serra de Sant Pere, Serra de Vallivana, Serra d'En Celler, Tossal de la Barbuda, Montegordo, the Cervera Mountains, Serra del Turmell, Serra de l'Espadella, Moles de Xert and the Benifassà Mountains, form the Mediterranean end of the Sistema Ibérico. The highest point is the 1,831 metres (6,007 ft) high Penyagolosa, located at the southern end of the region. At the base of the mountain is the important pilgrimage destination of Sant Joan de Penyagolosa.
In the Castellón province administrative divisions, the Maestrazgo is divided into Alt Maestrat and Baix Maestrat. The historical territory does not exactly match these boundaries including also parts of Alcalatén and Plana Alta. In Aragon, Teruel Province there is a comarca officially called Maestrazgo since 1999, but historically locations in other districts were also part of the Maestrazgo. The region has formed a Mancomunidad, a free association for cooperative purposes, between fifty five municipalities. Major settlements include Vilafranca, Cantavieja, Morella and Alcañiz.
The Maestrazgo Cultural Park has been established to protect the regional culture and landscape. The area lies between altitudes of 480 metres (1,570 ft) to 1,997 metres (6,552 ft) and is drained by the Guadalope and Turia rivers.

Tourism has in recent years brought a halt to economic decline in the region and the injection of European Union funding has led to the development of heritage centres and cooperatives providing training in practical crafts. Agriculture, including pigs, poultry, sheep, goats and smallholdings predominate in the valleys. In 1995, Ken Loach's award winning film about the Spanish Civil War, Land and Freedom, was filmed in the Maestrazgo. Efforts have been made to halt de-population by attracting immigrants from South America and Romania. This has had some success, helping keeping village facilities alive.[14]

In 2008 palaeontologists discovered an intact specimen of a previously unknown species of sauropod dinosaur at a site near Morella. The animal was believed to have lived in the early Cretaceous ath in 1239, James I of Aragon established a royal garrison in the city and awarded the inhabitants the title of "Faithful".

Morella sided with Philip V during the War of the Spanish Succession in the early eighteenth century and became the centre of a military and political district. During the Napoleonic Wars, the citizens rose up against the invading forces and the town was finally captured for Spain in 1813 by Francisco Javier de Elío. In the Carlist Wars of the nineteenth century Morella became the headquarters of the forces of Ramon Cabrera.

The town was captured by forces of General Franco in April 1938, towards the end of the Spanish Civil War. Republican guerillas held out in the surrounding mountains until 1956.
In the 1960s and 70s many people left the town for work opportunities in the cities and many of the local small industries died, but a slow revitalization has taken place since the transition of Spain to democracy.

El Cid is reputed to have rebuilt the castle which dominates the town and in 1084 he is supposed to have fought in the service of Yusuf al-Mu'taman ibn Hud and defeated Sancho Ramírez of Aragon at the Battle of Morella. In 1117, Sancho captured Morella, but it was recaptured by the Moors and only finally subdued by Blasco de Alagon in 1232. Following Blasco's death in 1239, James I of Aragon established a royal garrison in the city and awarded the inhabitants the title of "Faithful".

Morella sided with Philip V during the War of the Spanish Succession in the early eighteenth century and became the centre of a military and political district. During the Napoleonic Wars, the citizens rose up against the invading forces and the town was finally captured for Spain in 1813 by Francisco Javier de Elío. In the Carlist Wars of the nineteenth century Morella became the headquarters of the forces of Ramon Cabrera.

Popular posts from this blog

Cristopher Wright
Valencia, Comunidad Valenciana, Spain
I was born, grew up and was educated in Leicester, East Midlands, U.K. After completing my military service in the Royal Air Force I moved to Exeter in Devon where I was a police officer or 'Bobby'. My next move was to become a trainee manager with British Home Stores and then on to becoming a medical representative in the West Surrey area of England. My various hobbies included golf, walking, music and good cuisine. I travelled whenever possible mainly Europe including France, Switzerland, Germany etc.